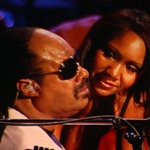 The European Tour continued with a trip to Paris. The 3 shows in the UK were enjoyable, whilst the performance in Stockholm raised the bar even further. I was hoping that Bercy would prove the best yet.

The day started with my first Eurostar experience, leaving in the morning from St Pancras. Of course, as I don’t really plan anything in advance, I arrived in Paris feeling like I was catapulted onto an orienteering trip without a map. At least I had the name and address of the hotel. I secured a map and eventually after about 30 mins, I was given some advise as to which station to go to.

I arrived in the centre of Paris and made my way to the hotel. Or so I thought. After 2 hours of walking up and down the longest roads possible, and with nobody able to help, I finally found the hotel. With 3 hours wasted, I had just about enough time for a shower and a quick change before the next adventure; finding the arena in Bercy. That turned out to be pretty easy. There was even time to haggle with a couple of touts over the extra ticket I had.

The crowd was building up nicely outside the arena. Locating the entrance to the block was another one of those tiny tests. I wished I had continued with French beyond the age of 13, as it would have helped throughout the day. Once inside, the arena was virtually empty. I think the locals enjoy arriving late or maybe just in time, something I can totally relate too. I wasn’t too sure why so many were allowed to leave their seats and sit on the steps for a better view. But then again, with Health and Safety issues rammed down our throats, I guess what is now normal to us, is still not normal elsewhere.

There was also a number of people from the UK in the block I was in, admittedly all waiting for Stevie Wonder and the rest of the audience to arrive. One thing immediately apparent was how passionate the Parisians were. The sound of the Harmonica was a sign that Stevie was on his way. The atmosphere was electric. He then performed 4 songs from Hotter Than July, in common with the previous shows.

This show was to be different from any other. I felt that Stevie and the audience in Stockholm worked very well together. In Paris, Stevie and the audience were sensational together. Speaking about the loss of his mother was very emotional. At one point Stevie Wonder broke down in tears, and thankfully, Aisha was there to console him. He eventually uttered the words, “I want to come back and film everything”. He felt the love here, more than in any place so far on the European Tour.

In Bercy, a couple of special guests joined him on stage. Admittedly, I didn’t know who they were, but I believe they’re local favourites. One of those was Frédéric Yonnet, who along with Stevie Wonder, had probably the world’s first Harmonica battle! It was exhilarating, and to be fair it’s best to call it a high scoring draw. What made it even better, well for me personally, was that the Harmonica was performed to Boogie On Reggae Woman, one of my favourite and most played songs.

Stevie had the usual mix of well-known and not so well-known songs throughout the show, with surprises that had yet to appear on any of the shows I had been too. A great performance of You Are The Sunshine Of My Life, along with an emotional Free were major highlights. He also performed glimpses of music by Miles Davis, Edith Piaf and The Stylistics, whilst Superstition, turned into Obama, turned into War and finally the show ended with As. I’m not sure Stevie wanted to leave and the crowd would have had him singing all night if that was at possible.

There is no doubt, that the performance in Paris was way ahead of any that I’d experienced on my mini-tour thus far. The crowd loved Stevie and Stevie loved the crowd. Even to the point, where he broke down in tears. Stevie Wonder and Bercy will live long in my memory. And I can now add Free, You Are The Sunshine Of My Life and Boogie On Reggae Woman to the list of live songs sang by the genius that is Stevie Wonder.