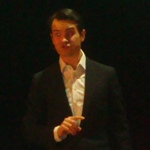 Hmmm… I had tickets for the Darts, but still decided to buy tickets for Jimmy Carr. Even though I couldn’t be in two places at once, I thought I’d worry about that dilemma nearer the time.

With three visits to the Darts in the last four days, I decided to give those tickets away to a friend, in return for a much-needed comedy night. It was the first visit to the Hammersmith Apollo, so it was quite exciting too. Moreover, with great seats near the stage, I was ready for a good night.

Jimmy Carr is known for his edgy comedy and immediately into his routine, you tell this wasn’t going to be a show for those easily offended. He began with a few hilarious one-liners, at comparatively normal speeds of 45rpm, considering Tim Vine blasts them out at 78rpm, whilst Stewart Francis is much more conservative at 33rpm.

Consistently on tour and with new material each year, Jimmy Carr keeps impressing his audiences, apart from the drunk girl who heckled him more times than Jimmy made a cock gag. It doesn’t take a genius to work out the type of material on a tour titled ‘Rapier Wit’, but it does take a genius to deliver it.

Working through his superb illustrations was hilarious, covering topics like The Bill, Jesus, Jordan, The Queen, Michael Jackson to name but a few. He continued on the sofa with The Jimmy Carr Story titled ‘My Autobiography aka ME, ME, ME’ written by Jimmy Carr. The book cleverly tackled Fame, Looks, Childhood, Faith, Sexual Awakening and Relationships.

Jimmy Carr provided almost too many gags for a single evening, if that is at all possible. Edgy, controversial, mind-blowing. A fantastic night out. Bought a signed DVD as the queue was massive to get the programme signed. Especially as he’d changed into some casual gear and looked like a little boy, so we couldn’t find him at first. Thanks Jimmy Carr, it was definitely worth giving those Darts tickets away!