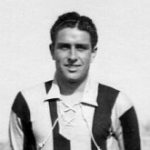 It’s still mind-boggling how my dad ended up taking a few of the best players from The Netherlands out for a meal during the 1996 European Championships in England.

At a local petrol station, dad just happened to bump into Glenn Hoddle and Ruud Gullit, with the conversation turning from football to Cypriot food. The ex-professionals were TV pundits during Euro 96 and happily exchanged mobile numbers with dad to arrange plans for dinner later that evening at a local Cypriot restaurant.

How the events unfolded were explained by dad on the phone. I was pretty much surprised, even confused, how a couple of exchanges in a petrol station could lead to dinner with the pros. Unfortunately, I was abroad and largely devastated that I couldn’t be there.

That evening Glenn Hoddle was a pundit on TV and therefore unable to make it. Nevertheless, arrangements were made with Ruud Gullit. Astonishingly, his last-minute replacements were superb with both Edgar Davids and Dennis Bergkamp tagging along. Having studied for a year in The Netherlands, I’ve always held an affinity for the country and would have loved to have joined them.

Edgar Davids didn’t have the best of tournaments. In fact, he was excluded from the Dutch squad at that time, so I suppose the evening was a timely relief from all the pressure surrounding his indicipline. Dad was extremely pleased by the extent the guys appreciated the meal throughout the evening, but with Meze, the quality food just kept on coming. He was also slightly surprised at how much Dennis Bergkamp enjoyed more than few beers, considering he was still playing in the tournament.

I can imagine that dad just accepted this as a normal night out, even though I was in awe just listening to it. Then again, dad had played football at a pretty good level himself. One of those highlights was being part of a 4 team tournament in Moscow, where he captained a London-based Cypriot XI against a quality Russian XI, scoring 2 goals against the great Lev Yashin in a 3-3 draw.

It’s over 2 years now since Andreas Spyrou passed away, but his memory truly lives on.