Rise of IAmSpartacus and Fall of TwitterJokeTrial 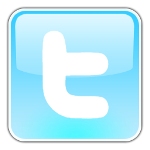 Once upon a time, there was a guy who was genuinely upset about the impact of snow on his lovelife. Slightly frustrated, he sent a tweet to his girlfriend implying that he’s unlikely to be able to fly over to meet her. Oh and then things took a ridiculous turn.

It’s January 2010. The British weather was causing more havoc than normal. The public’s travel plans were once again majorly disrupted. At this point, few may vent their anger, while others see the funny side and throw humour at the situation. It’s the British way. Being able to laugh at our chaotic lives keeps us going.

Paul Chambers was one such guy. The weather was essentially coming between him and meeting up with his girlfriend in Northern Island. So he sent her the following tweet.

“Crap! Robin Hood airport is closed. You’ve got a week and a bit to get your shit together otherwise I’m blowing the airport sky high!!”

It was probably read by a handful of people, if any at all.

To cut a long story short, the tweet was picked up after a random search by someone working at the airport. He had a duty to report it and in turn the police had a duty to investigate it. At this point a slap on the wrist would have sufficed. Not literally though, as that could lead to inciting some kind of light torture. This eventually led to court case and a guilty verdict under an outdated 80-year UK law. That led to an appeal, which failed, as the judge considered the tweet as a ‘menace’. Aside from the fine and relevant court costs, remarkably the criminal record still stands.

The #TwitterJokeTrial turned out to be ‘the’ really bad joke. Not the original tweet, but the law in general. In response to the verdict came the Twitter backlash, with thousands of people around the world sending the original tweet in a show of solidarity. The cleverly named #IAmSpartacus went global, especially the following day when celebrities, including numerous comedians got involved.

Over 20,000 tweets featured the latest hashtag, dwarfing the 17,000 of the original hashtag in less than half the time. In fact you could argue the only real explosion was #IAmSpartacus. 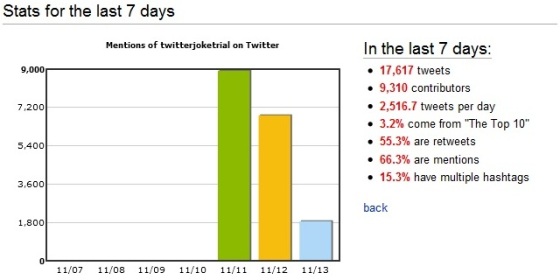 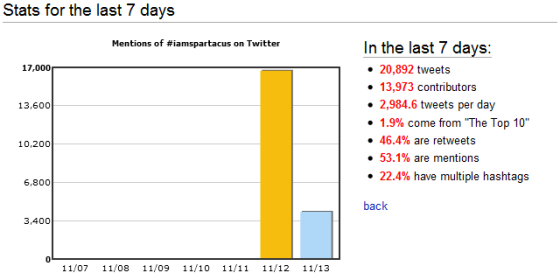 The police have implied that the original tweet was not a threat and that the people retweeting will not be investigated. Of course they shouldn’t. It was never a one-man terrorist threat and this is not now a cleverly orchestrated global one on a tiny airport in South Yorkshire.

Terrorists do not generally use Twitter to warn its targets weeks in advance. In fact, why would anyone threaten to blow up an airport which is closed?

I guess the only way forward, apart from common sense, is for Twitter to be limited to 125 characters, with every tweet automatically prefaced with the words ‘maybe a joke’.

The Guardian article on the #IAmSpartacus can be found here.

Charlie Brooker’s brilliant piece on the whole thing can be found here.